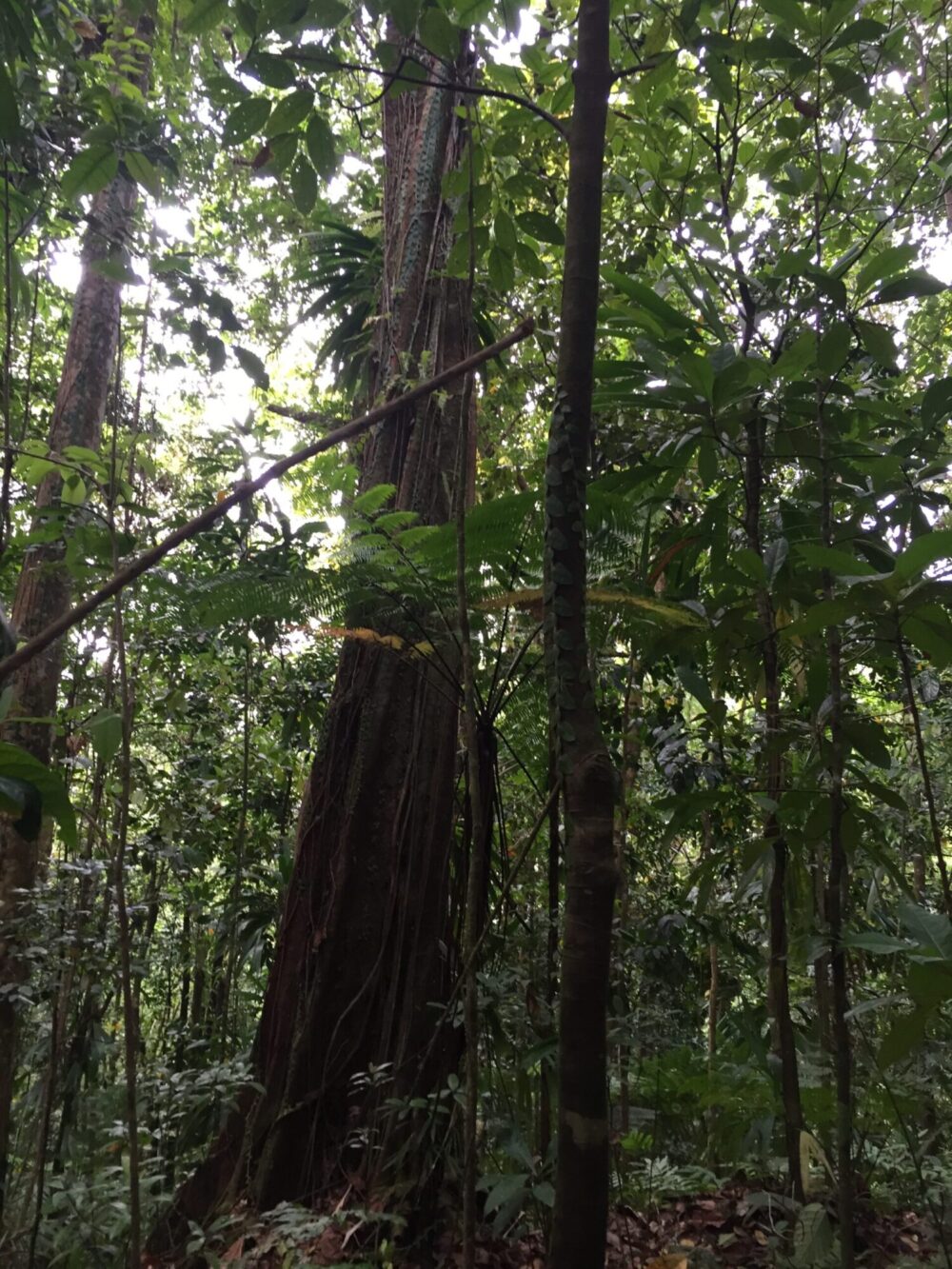 What the Mapmaker Ought to Know – Kei Miller
On this island things fidget.
Even history.
The landscape does not sit
willingly
as if behind an easel
holding pose
waiting on
someone
to pencil
its lines, compose
its best features
or unruly contours.
landmarks shift,
become unfixed by earthquake
by landslide
by utter spite.
Whole places will slip
out from your grip.
From The Cartographer Tries to Map a Way to Zion by Kei Miller (2014, Carcanet Press)

The race to protect areas of high biodiversity from the threats of climate change is well-understood and supported, and for good reason. However, there is significantly less focus on geodiversity, and the relationships between geo- and biodiversity. This lack of focus can create redundancies or in some cases actively harm preservation efforts. It would be fitting, then, as Dominica moves towards becoming a resilient nation, to commemorate our history of resilience to enslavement and colonialism. With international travel suffering from the Covid-19 Pandemic, this is the ideal time to encourage residents to explore the island and (re)connect with our history. We should look at preserving Dominica’s geoheritage sites for our current benefits and those of future generations.

A region’s geoheritage is made up of geological features that were once, or are currently, important to the local inhabitants or to society in general. This significance could be economic (a mining site), historic (location of a key event where the outcome was influenced by the environment), cultural (places that feature heavily in folk stories and local legends) or purely scientific (unique research locations containing ideal examples of natural processes, fossils, landforms, etc). These geologic features support flora and fauna that are often unique to the locality. The range of these features contributes to geodiversity–the variety of landforms, landscapes and processes that shape a particular area (Brocx and Semeniuk, 2007). Understanding the diversity of areas across the island will be essential to developing site-specific, sustainable preservation plans.

In Dominica, geoheritage sites could be used for research and teaching as an innovative way to encourage local work in STEAM and the humanities. By hosting events or erecting signs, these sites could improve the general public’s knowledge of specific historical events, as well as general geography and spatial awareness through use of maps and aerial photography. Of course, surrounding communities could also see economic benefits from increased visitors. This is also a great opportunity to test methods that encourage us to respectfully and sustainably engage with the land as visitors to a site.

One potential Geoheritage site is the Jacko Camp and Jacko Flats region of Belles, in the interior of Dominica. This was a thriving community of escaped enslaved people or maroons (“neg mawon” in Kwéyòl) led by Chief Jacko, one of the best known Dominican maroon leaders (Honychurch, 2017). The geology of the area played a key role in the maroon’s success. The densely vegetated maze is spread across plateaus and canyons on the flanks of Morne Trois Piton – Dominica’s second highest mountain and a UNESCO World Heritage Site preserving volcanic features that include the world’s second largest boiling lake). The rivers and streams in Belles mainly erode through block and ash flows from Trois Piton eruptions ~25,000 years ago, though there are also older lava flows in the area that formed up to 3.3 million years ago (Smith et al., 2013). Waterfalls form where the slope of the riverbed drops suddenly, and the force of the water often creates caves nearby.

Maroons hid in these caves and often wrote messages for each other on the walls. Vegetation in the area is tropical rainforest and montane rainforest. Though the geologic processes in this area are not rare, the features are pristine. Additionally, the combination of deep canyons, steep hillsides and dense vegetation covering the island’s interior gave those who knew the lay of the land an upper hand over the colonists who inhabited the flatter areas along the coast. The environment also provided shelter from harsher elements of nature, constant supply of fresh water and food and offered vantage points to spot and defend against approaching groups. The sites where entire independent communities thrived outside of colonial governance should be preserved and celebrated.

While these designations may protect the area from unsustainable urban development, how can we preserve a location when the last few years have shown us how easily they can be lost? Tropical Storm Erika in 2015 and Hurricane Maria in 2017 caused losses on a national scale and there is no guarantee that we will be spared another major storm in the near future. Detailed mapping and surveys can support 3D recreations that can be used to revisit different scenes via virtual reality. The perspective of older community members is a critical one, but unfortunately often left out of initiatives. Discussions with elders in the area who have seen changes over several decades and allowing Maroon history and practices to inform our approach, can lead to sustainable community-focused solutions.

In addition to hurricanes that affect the whole country, this part of the island is prone to localized flooding and landslides during intense rainstorms. As instances of prolonged rainfall increase due to climate change, the intensity of flood related hazards rises as well. Currently, the focus should be on preventing further loss and developing sustainable infrastructure that works with rather than against our geodiversity. We can also dream up other solutions, outside of what is immediately clear and available to us. The maroon leaders inspired enslaved people to imagine and fight for other possibilities, one of many lessons from them that we would benefit from following.

Davitia James is a geologist from Dominica. She has a Master’s in Earth Science and is adept at GIS. Her work focuses on volcano research, but she is also interested in space sciences and the overlap between geology and the humanities. She enjoys exploring Dominica’s many hiking trails in her spare time.

This site uses Akismet to reduce spam. Learn how your comment data is processed.